The final days of the school year are upon us and while I've been extremely busy setting one foot after the other on a new (and insha'allah better!) career path, I am also back here once more to wax poetic.  I haven't been in the best of spirits artistically speaking, and so I am now dedicating one hour of every day to "uni-tasking".  Getting that one thing done that I've been meaning to get to.  As is so often the case, I have allowed myself to be distracted by gadgetry and routine to a point where I had almost lost touch with that which has brought me this far.
To reiterate an exercise that has kept my travel motor running since I first left home for Germany in 2005, a few special thanks are in order to those that have supported me thus far in my journey to find what it is I want to do and the best way to get it done.  To Nico Bellissimo for telling me never to forget where I came from.  To my family for always bearing with me through my mishaps in planning trips back home. To Jennifer Creamer at the University of Pittsburgh for setting me up with a contact in Istanbul that I could have previously only dreamed about. But mostly to my one and only Azra for being there with me through the trials of the past year and a half while somehow making it seem like just a few short months.
My MO has always been to stay curious and get out into places in the world where I am pushed beyond my comfort zone.  Teaching in Istanbul has certainly done that much for me, but I somehow failed to visit places in canim Turkiyem that are truly off the beaten path.  I await much from the year to come and the first half of 2014, which should be a thriller of a year.  Trips to the beekeeping hills of Artvin, the canals of Eskisehir, the pools of Pamukkale, and many more abound! Other projects I foresee being able to complete include a fresh uptake of the trumpet, improving even further my German, French and Turkish language skills, and one update per week of this blog before I try to take it to the next level.

Do one thing everyday that scares you, says Eleanor Roosevelt.  Well, spinning eight plates at once scares me and it has felt a bit like I've been doing that for the past two years, but I am going to pare those down to just a few and spin them like a master.  Wish me luck and I'll catch you on the flipside!
Posted by Unknown at 5:46 PM No comments:

Tell me where this is and I'll go there for immediate spa retreat and trekking! 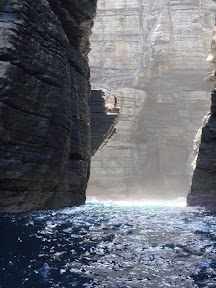 Posted by Unknown at 8:55 PM No comments:

DISCLAIMER: Most poems that I post are meant to be performance pieces; that is, if you read them aloud they're probably going to be even deadlier cool. Thanks for reading everyone, and feel free to share!

What a scene to walk in on;
she slides the sheets up over her quivering lips
to cover that tell-tale gap between her teeth.
She's been lying with what NASA calls
Entry.Descent.Landing. to rove the
red planet that is her stain on the satin
rocks of the moon. She'll thank her
lucky stars that it was me, transplant expat,
not a hooded ninja of religion, to lay eyes.

Keep reading »
Posted by Unknown at 2:00 AM No comments:

Thought I might get to some stargazing in the absence of being able to sleep last weekend.  Conveniently, last weekend was the peak timing to witness the Perseids meteor shower as Earth passed through a band of particularly dense comets in the ALL of space.   Only after about 3 AM did I realize that I live in Istanbul.  Fat chance, even on the dustiest outskirts of town!  I shouldn't fool you, I never grew up with firm roots in the land.  But I have often felt an intrinsic tie between my own self and the world around me.  I suppose because so much of my formative years was spent in a non-urban setting, I now feel a distinct longing for country landscapes.  Since my trip to Cappadocia in February, I've been sequestered to the suburban life

Keep reading »
Posted by Unknown at 11:41 PM No comments:

The Good, the Bad, and the Ungroomed

Wandering around my little block of juggernaut apartment buildings, I began noticing that nearly all the men in the area of  Başakşehir have grown themselves nice little mustaches.  In Turkey, it's not out of the ordinary to see a man walking around with the weight of the world on his upper lip.

Keep reading »
Posted by Unknown at 11:45 PM No comments:

Alone with the Murder

Like a sailor hauling men overboard
on decks, he lowers the latch
on the door of his 8 x 24
cargo container for the final
shut-in. Deserting
her to that rich valley between his prison cell
walls. Alone
with the murder, the dog surveys
the herculean climb to the bottom of his
potential.  Heave,
the sickness ailing him is more than
merely viral, it’s virtual; worse than the rhythmic pace of
time.

Forward the Fads! (this shouldn't hurt)

This could turn into some scary quick technology.  I don't see art spin-offs taking long to catch onto this either.  QR codes allow you to encrypt lots of information into a small 2D image.  The options are limitless and will become bafflingly complex in the near future! 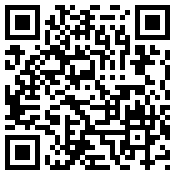 Just click on it or scan it with your smartphone's QR reader app and it'll take you to my specially encrypted message for you!

Posted by Unknown at 8:39 PM No comments: